On Tuesday, September 28, at the International Museum for Democracy inaugurates Neocolonial II;  at the Juan B. Castagnino Municipal Museum of Fine Arts, Thinking is a Revolutionary Act; and at the Museum of Contemporary Art of Rosario (MACRO), The State of Things. With the participation of more than 50 artists from Argentina, Brazil, Chile, the United States, Spain, Japan, Singapore and Thailand, among other countries. The exhibitions address themes such as colonial power and the role of the arts and the collections of the Museums in the reflection of contemporaneity.

BIENALSUR 2021, the International Biennial of Contemporary Art of the South organized by the National University of Tres de Febrero (UNTREF), opens on Tuesday, September 28 in the Argentine city of Rosario, in the province of Santa Fe, three new exhibitions under the curatorial axis Politics of Art, with works by more than 50 artists from Argentina, Brazil, Chile, Spain, United States, Japan, Singapore and Thailand.

At the International Museum for Democracy, KM 278.5 of BIENALSUR, a solo exhibition entitled Neocolonial II by the Argentine artist Cristina Piffer is presented at 6 p.m. Curated by Liliana Piñeiro and Florencia Qualina, it consists of an installation that addresses the path of the indigenous people called "Pampas" from the southern border to the mills of Tucumán and Misiones, centers of the Argentine sugar exploitation industry.

The public is welcome to visit this exhibition free of charge until March 3, from Tuesday to Friday, between 10 a.m. and 5 p.m., and on Saturdays from 11 a.m. to 3 p.m.

On the other hand, at the Juan B. Castagnino Municipal Museum of Fine Arts, KM 279.1 of BIENALSUR, at 7 p.m. Thinking is a Revolutionary Act will inaugurate, an exhibition curated by Diana Wechsler, BIENALSUR’s Artistic Director, which is composed of works from the Castagnino-Macro collection as well as of works by contemporary artists.

This exhibition is open for visitation until March 1, from Thursday to Sunday and on holidays between 11 a.m. and 5 p.m. Admission is free of charge with prior reservation at http://www.castagninomacro.org, or on a first-come until full capacity is reached.

Finally, at the Museum of Contemporary Art of Rosario (MACRO), KM 280 of BIENALSUR, at 8 p.m., the exhibition The State of Things will inaugurate, with productions by the Chilean Paula Ábalos; the Brazilians Lucas Pretti, Sofia Caesar, Mariana Sussekind, Mari Nagem and Francele Cocco; the Singaporean Kent Chan; the Thai Wantanee Siripattananuntakul; the Argentines Alfredo Frías and Rosana Schoijett; the Japanese Shiro Masuyama; the American Noa Yekutieli; and the Spanish group Arre. Curated by Benedetta Casini and Leandro Martínez Depietri, The State... is an exercise of reflection on the world of art, its agents, conventions and borders, which takes as its starting point the pandemic context, in which museums had to close their doors.

With free admission as well, The State of Things can be visited until March 1, prior reservation on the website of the Castagnino Museum or on a first-come until full capacity is reached; from Thursday to Sunday and holidays, from 11 a.m. to 5 p.m. 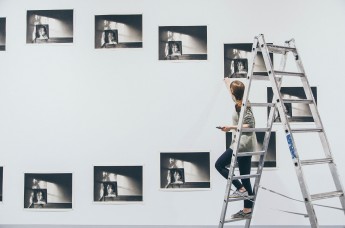 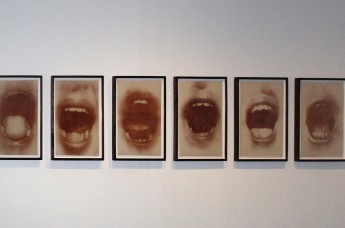 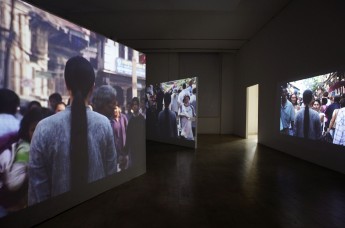