On Thursday, July 8, at the Museo de Bellas Artes de Salta, the directors of BIENALSUR presented the exhibition that represents the starting point of the 3rd Edition of the International Biennial of Contemporary Art organized by UNTREF and that will run until December 2021 in more than 120 venues in 50 cities in 23 countries.

With the presence of women artisans representing the collectives Thañí/Viene del monte and Orembiapo Maepora/Our work is beautiful, from the North of Salta; local artists; the Argentine curator Andrea Fernández; the Secretary of Culture of Salta, Sabrina Sansone; and the Ambassador of Germany to Argentina, Ulrich Sante; on Thursday, July 8, the Artistic Director and the General Director of BIENALSUR, Diana Wechsler and Aníbal Jozami respectively, inaugurated at the Museo Provicnial de Bellas Artes Lola Mora in Salta the exhibition The Listening and The Winds. Narratives and Inscriptions of the Gran Chaco, first exhibition of the cartography of art and culture that from the south of the south and towards the 5 continents presents BIENALSUR in its 3rd. edition:

“BIENALSUR is made possible and necessary in the current conditions of the world, to sustain, activate and contribute to the restoration of community ties from the space of art and culture”, Jozami said about the particular context in which the 2021 edition of the International Biennial of Contemporary Art, organized since 2015 by the National University of Tres de Febrero (UNTREF), will take place.”We want to change the world map of art, the paradigms; we believe that there are cultural expressions that have always been neglected and that must change. That is why we work with internationally recognized artists in some of the great museums of the world and also with young artists and women artisans, as in this case in Salta and before in Tucumán, with the community of Amaicha del Valle, and in vulnerable neighborhoods”, the Rector of the UNTREF added, after listening, at the opening ceremony, to the representatives of the collective of women artisans Viene del monte Claudia Alarcón and Luna Anabel del Valle, who transmitted their message on art and resistance in Wichí.

For her part, Wechsler spoke about the particularity of the presence of local crafts in conventional spaces and particularly at the opening of BIENALSUR 2021: “The importance of this first exhibition that brings together poetic gestures of resistance, collective creativity and projections of the future, goes in hand with one of the fundamental objectives of BIENALSUR, which consists on tearing down walls in order to cross not only geographical borders but -and especially- social and cultural distances, testing convergence in the community”, mentioned the Artistic Director of BIENALSUR, who also added that “from its beginnings in 2015, this project was raised as an undisciplined project that is not against anything, but thinking with what is there and trying to build alternatives. Unlike the logics of the capitalist system, which is always looking for novelty, we identify situations that we are interested in working with and do not abandon them, if they are projects that deserve continuation. The first art history class I had in the faculty a professor said ‘the new for the new itself is the flag of decadentism’... From a distance, one realizes that there are things that can present novelty in variety!

The exhibition The Listening and The Winds is a selected project of the international Open Call that BIENALSUR carried out between the months of February and June of 2020. Created within the Environment cycle of the Untie to Tie project of the ifa-galerie in Berlin, it is presented at the MBAS with the support of the Institute of Foreign Relations of Germany and BIENALSUR, which in the coming months will bring it -with variations of artists and works- to the Museo de Arte de La Paz, in Bolivia, and the Fundación Migliorisi y el Museo del Barro de Asunción, in Paraguay. 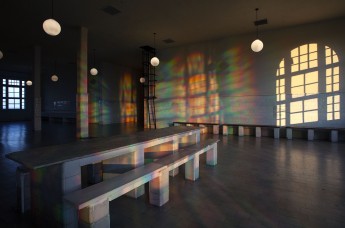 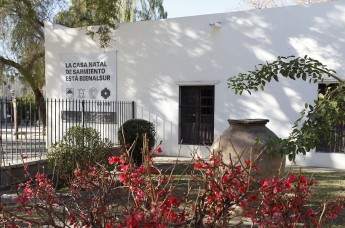 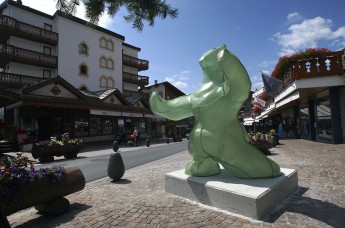