Through videos, photographs, paintings or installations, the exhibition explores necro-fixation: the manipulation of bodies, of remains, after death. Out of hatred, revenge, disinterest, curiosity, to frighten or to demonstrate power, taking possession of everything or at least of something of the other. In the words of curator Fernando Farina, of the BIENALSUR team:  “A story that crosses continents and is deeply rooted in America”.

Juan Domingo Perón, Eva Duarte and Ernesto “Che” Guevara are the three "political bodies", the figures that give a common frame to this group of creators through powerful, painful, shocking works that, in this case, speak of revenge or humiliation, and find their correlation in the humiliations suffered by the victims of State Terrorism of the last civil-military dictatorship.
Some of the artists who participated in the exhibition shared with BIENALSUR the genesis of their works, the magnetism in approaching these figures of history and the personal, intimate aspects, which in each case, led to investigate the imagery of these characters and themes. 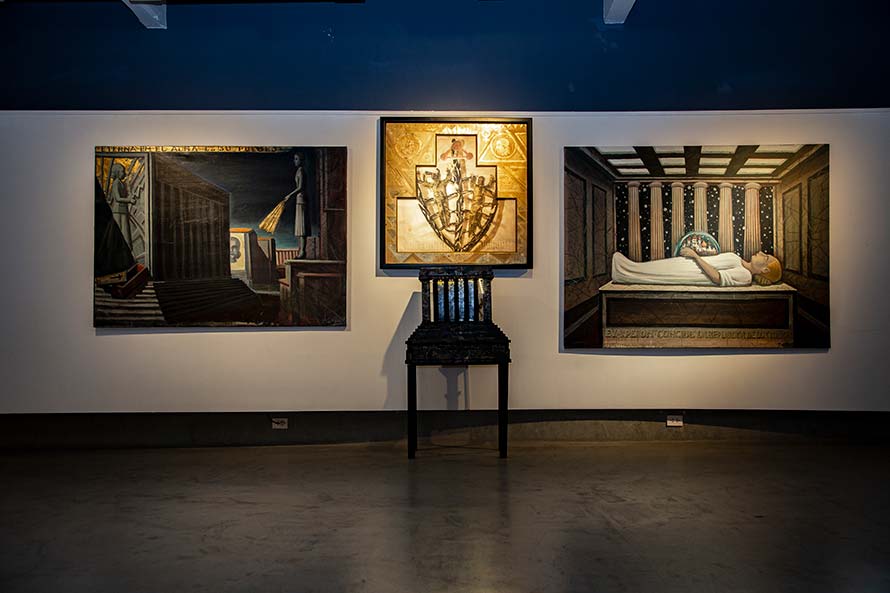 Daniel Santoro: "I find the Peronist epic and its capacity to become our great historical narrative of an unequalled visual, poetic and narrative richness, through its characters, from the most scoundrel, like López Rega, to the most sublime, like Evita".

Santoro: "Eva and Che, with their short and heroic lives, feed an unparalleled sacrificial mythology in iconography on a world scale. They are the only ones who go through the 20th century and continue, with power, re-signifying and reproducing themselves. It is not the same with Perón; his icon is anchored in the partisan, as is his epic". 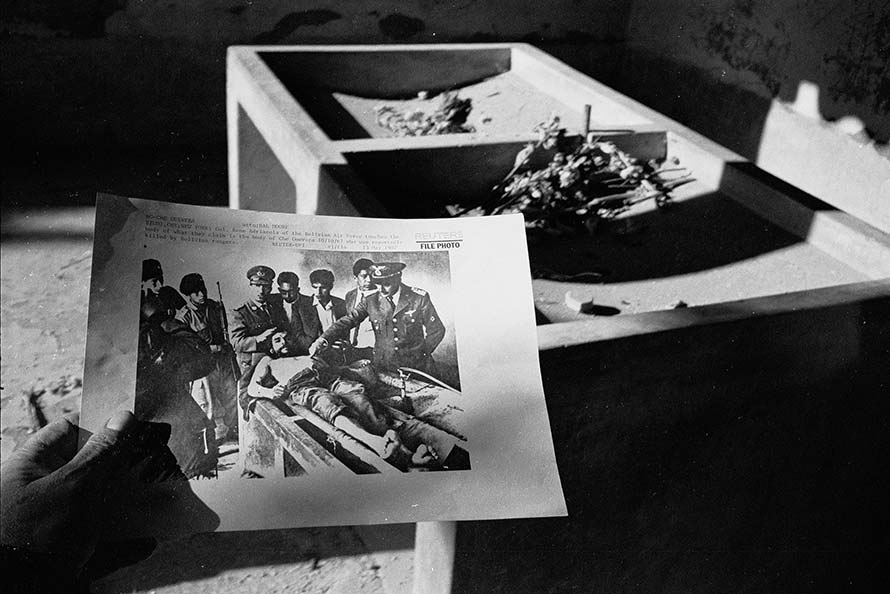 Leandro Katz: "My work “Project for the day you’ll love me” focuses on the Che, a historical character. His disappearance from public life, followed by his already dead reappearance in Freddy Alborta's transcendental photo, contributed to the building of myths that go beyond the oral narrative that characterizes the legend. I began the project in 1987 when I returned to Buenos Aires after a long absence, after my father's death. In many ways I did it thinking about him”.

Katz: "After a long investigation of Guevara in Bolivia, I concluded that he was a character in history that had departed from noble intentions, who knew in depth the tragic influence of the strategic distribution of Nazi militaries in the domes of power of Latin American countries, which produced in our countries the bitter collateral damage of the war”.

Graciela Taquini: "My video, based on Néstor Perlongher's poem 'Corpses' (1981), is interpreted by Liliana Daunes and made of low quality archival material: debris from films, newsreels, documentaries and magazines, which give shape to the story. Evita, Sísifo, Borges and Cortázar are quotes from personal experiences. All my work is based on my life experiences; it runs through my body and my memory and aspires to the universal".

"Under the bushes (Bajo las matas) / In the scrublands (En los pajonales) / Over the bridges (Sobre los puentes) / In the Canals (En los canals) / There are corpses (Hay Cadáveres) / (...) You went out alone (Saliste sola) / With the coolness of the night (Con el fresquito de la noche) / When you were surprised by the lightning (Cuando te sorprendieron los relampagos) / You didn’t carry a coat (No llevaste un saquito) / And (Y) / There are Corpses (Hay Cadáveres)", the fragments of the intense poem by the writer who coined the term "neobarroso" (neo-muddy-looking).

Martin Weber: "My work deals with three of the emblematic figures that inspired Latin American political discourse in the second half of the 20th century: the  Che, Evita and Perón. All suffered desecration and concealment. These three bodies predestined to veneration, in the imaginary of many, were victims of abuses after their death.  These bodies, like others, ask us: "Why?

Weber: "My work “ Puzzle” (Rompecabezas) is composed from the photo of the National Historical Archive whose image shows Perón in his last speech in the Casa Rosada (the armored balcony), waving the hands that were later stolen from him, and which now appear absent in the puzzle. I think that our destiny can only change if we allow ourselves to imagine one different from the one we have received.