Maybe this time it's different

In the MUNTREF Contemporary Art Center you can visit the Martha Rosler Library, a selection of a thousand works that seek to follow the intense feminist debate that has been taking place in recent times in the country and worldwide. A well-lit room, armchairs arranged for reading and -on the walls- some of the most emblematic works and collages of the New York artist, a reference in feminist art, provide the framework for this consultation space. Curated by Lucrecia Palacios, the exhibition in one of the rooms of the former Immigrants Hotel invites reflection and discussion of themes associated with gender issues and those problems that feminist movements have put on the agenda in recent times. Where to begin? What to read? Next, a selection as whimsical as it is powerful, from the classics of the subject to the latest novelties. 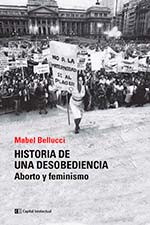 The Story of a Disobedience - Mabel Bellucci

A rigorous constellation of genealogies and cartographies of the struggles for abortion rights in Argentina from the 1970s to the present. It’s a required reading material for street activism as well as for specialists. In these pages, the author portrays a plurality of voices and paths travelled around the "only place where all the tendencies of feminism converge: abortion". 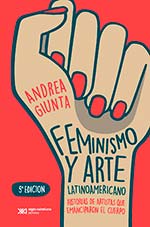 A theoretical and quantitative panorama of the female scene in the visual arts and those artists who contributed to build an emancipating imagination in Latin America. Hand in hand with feminist and gender activism, from the 1970s onwards art offered tools for a liberating imaginary and placed the female body as a place of expression of a subjectivity in dissidence. 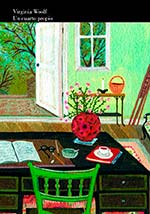 A room of her own - Virginia Woolf

This short and powerful essay arose from a series of lectures that the author gave in 1929 at London universities on women and fiction, recounting the difficulties of women writers and intellectuals due to the absence of a room of their own and a plate of hot food, that is, economic independence. One of the most memorable passages: when she imagines a fictitious sister of Shakespeare without his luck 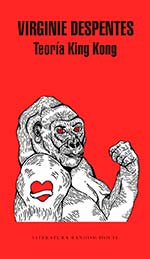 King Kong Theory is one of the great reference books of feminism and gender theory, an incisive essay in which the French writer shares her own experience to speak openly and uncompromisingly about prostitution, rape, the repression of desire, motherhood and pornography, and to contribute to the collapse of the patriarchal foundations of today's society. 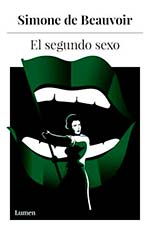 The founding work of feminism, first published in 1949, this famous essay argues that what is understood by "woman" is a cultural product that has been socially constructed. For this reason, the main task of women is to reconquer their own specific identity from their own criteria. The phrase that summarizes the theory of the French writer and philosopher is emblematic: "One is not born a woman, one becomes one". 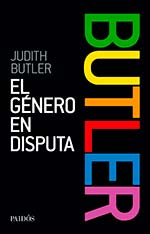 The Gender in Dispute - Judith Butler

Founding work of the so-called "queer theory" and emblem of gender studies as they are known today.  Gender in dispute is an indispensable volume for understanding current feminist theory. The work of this American philosopher constitutes a lucid critique of the essentialist idea that gender identities are immutable and find their roots in nature, in the body or in a normative and obligatory heterosexuality. 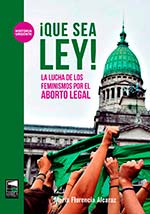 The author reconstructs the history of the struggle of feminisms to obtain the right to legal, safe and free abortion, a claim that in 2018 went out to the streets and became a green scarves popular clamor. Millions of people could not twist the will of senators who voted against the project, which today maintains Argentina with a 1921 law that prevents women from deciding about their own bodies. 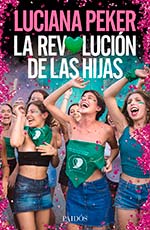 "I won't stop until my daughter has the same rights as my son. Above all, she is the one who is not going to stop. They're not going to stop," the author thought on a Tuesday in April 2018, as she prepared her speech before the National Congress in a hearing for the legalization of abortion. And she found the precise words to define what was happening on the streets: the revolution of the daughters that tide of girls with glitter on their skin.

Thank you for being part of BIENALSUR 2019!