BIENALSUR 2019, the second edition of the greatest cultural event of contemporary art from Argentina to the world, opens in Switzerland on June 9th. After its official launch in "the south of the south", in the Argentine province of Tierra del Fuego and successive openings in the country, it reaches a new point on its unique cartography that will be unfolded through November with exhibitions by 400 artists at over one hundred venues including museums, cultural centres and iconic public spaces of 43 cities of twenty countries, all with free admission.

The International Biennial of Contemporary Art of South America continues its artistic itinerary on June 9th in Switzerland, in Crans - Montana and Lens in the canton of Valais, amidst a stunning natural landscape of mountains and valleys.

As of June 9th, pieces by Argentine artists Leandro Erlich, Marie Orensanz, Pablo Reinoso, the Spaniard Lluís Lleó and the Swiss artist Valentin Carron are part of the first intervention with sculptures in the public space of BIENALSUR in Crans Montana.

One of the issues underlying this selection of works entitled “Parcours Culturel BIENALSUR - Crans Montana”, with the BIENALSUR curatorial work of Diana Wechsler, is how to situate the artistic dimension and the reflection on the environment and the human condition in a natural landscape that dazzles its inhabitants.

“An immense keyhole with the word 'invisible' written at the top is set amongst mountains and valleys as a witness to all that we are unable to see, to all that we pay no heed to. The possibility of going through this work, by Marie Orenzans, turns it into a kind of portal that connects us to two dimensions of the real”, said Diana Wechsler.

In turn, Leandro Erlich’s proposal "Run for the music" is a sort of huge musical xylophone, made with hanging posts of different colours. The title of this seemingly silent  piece is also an instruction for the spectator: it is necessary to run and play each one of the “notes” for the work to be activated. The beautiful tune by Beethoven that thus emerges from the sequence between notes is used by the artist to evoke the brotherhood of men.

“A reflection alluding to the preservation of the environment is presented in the installation by Pablo Reinoso, who, amongst fallen tree trunks and metal structures, reinvents an alternative nature. Thus, nature and culture are rearticulated in this project that promotes the development of a contemporary humanism", added the curator.

The installations by Catalan Lluís Lleó, an artist that holds that art must be in the streets and interact with the community, reveal an economy of shapes and a reduction of pictorial history, which merges shapes, surface and space with a single visual impact. For its part, Valentin Carron create works that reproduce vernacular items from rural Switzerland, inspired by the imagery of the Canton of Valais where he has spent almost all his life.

In turn, the exhibition "Before Time Began", a collective of 84 Australian artists from the Anangu community, will be presented at the Opale Foundation in Lens on June 9th. Two floors of the museum will feature spears hanging over wooden objects, weapons, tools and food gathering utensils representing traditional life in the APY lands, an Aboriginal government area located in the northwest of South Australia. Conceptually, the installation is an exploration of the persistent impact of the western world on Anangu's traditional life and society.

With its unprecedented cartography, BIENALSUR erases borders, reflects with artists upon the local and the global, and works collaboratively in a permanent dialogue with the needs and interests of each of the venues where the most diverse contemporary art proposals are displayed.

BIENALSUR expands a particular cartography to the whole world, that is why, on June 8th, almost at the same time as the opening in Switzerland, at the other end of the cartography, the Universidade Federal do Rio Grande do Sul (Porto Alegre, Brazil) will host the exhibition "Echoes of Posthumous Memories" by artist Denise Gadelha (BRA), who works mainly at the intersection of art, photography and the universe of technical images. The piece, a gesture of resistance to the accident that resulted in the material loss of the work she performed in 2003, deals with the passing of time and the resilient adaptation to change. 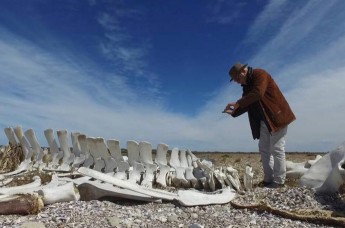 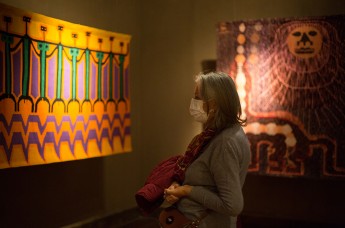 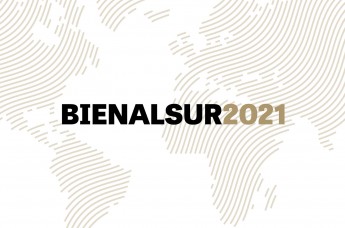 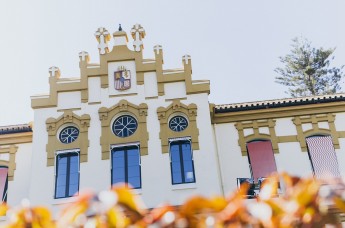 BIENALSUR 2021 Meeting: to the South’s South, from Malaga, Spain